"After my internship they offered me my first contract" 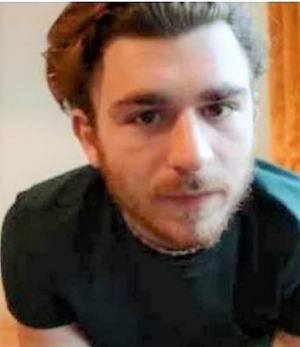 To be honest, I have been spending a lot of time thinking of what to write. When Pixel asked me to write my success story I was honored but I could not visualize my story as a successful one and I am still considering I am the wrong person to drawing a success story, at least professionally speaking.

My name is Claudio and I come from Palermo, capital of Sicily, the biggest island in the deep south of Italy. I decided to send my application for the Master in European Project Planning and Management at Pixel right after graduating in 2013.
I was fresh from a one-year Erasmus experience and I did not want to stay in my hometown because I needed an international environment to continue my studies.

At Pixel I got to learn many aspects of the role of the European project manager but what I truly absorbed was how to lead a group and how to solve the arduous situations or tasks you may find yourself in.

At the end of the theoretical phase I myself decided to apply for the internship in Sofia, Bulgaria, clashing against all advices from parents, friends and mates. Among the reasons behind my choice one was that I did not even know where Bulgaria was on the world map! I have always like to walk beyond my comfort zone, to take risks and I do not want to live my life in a nutshell. So I packed my things and - woosh! - I found myself immersed in an utterly new reality. The moment I arrived I got hypnotized by two things: cyrillic and snow; to me it was like being inside a fantasy book. It was difficult and sometimes lonely but it was a beautiful adventure that I would experience over and over again. I was also lucky, I met three of the best persons in the world both as professionals and as human beings - Zori, Megy and Jheny - who never made me feel like the low man on the totem pole; they gave me trust and made me work as one of them, they made me part of their ongoing projects and even let me travel with them in a transnational project meeting in Sparta, Greece. We were the “A team” and after my internship they offered me my first contract. I lived in Sofia for five months and eventually we created a life-changing project under the Erasmus+ KA2, named V.I.S.I.ON (Visual Impairment Social Inclusion ON - contract number 2014-1-BG01-KA201-001555) 1 which was approved with a score of 99/100 and later on - after its end - awarded as success story by a panel of experts from the Directorate-General for Education, Youth, Sport and Culture of the European Commission. V.I.S.I.ON, which developed an innovative theatrical method for the physical and vocal confidence of visually impaired young people, raising aspirations and promoting individual abilities, represents a milestone in my life and has given me the consciousness of what I truly want to do in life: helping people raise their self-esteem, step out from their comfort zone and thrive in change.

Though, during the two years of project life I did not stay in Bulgaria because I felt like I had to finish my academic studies (also due to the pressure from my parents). There has always been an essential requisite for 1 http://vision-erasmusplus.eu/ my choices in life: experiencing the world and keeping growing personally. Therefore, while running V.I.S.I.ON, I attended the Erasmus Mundus Crossways in Cultural Narratives which gave me the opportunity to study in three different universities in Europe and to keep thriving socially.

I spent six months in Lisbon, Portugal; one year in Santiago de Compostela, Spain; and six months in Perpignan, France. I learned Portuguese and French and I improved my Spanish and my English. I learned how life is perceived in those countries and I experienced their cultures. I spent unforgettable moments with my new colleagues and friends and I realized that my life belongs to an international environment where everyday you get the chance to learn from the others and to learn about yourself.
I got my MA degree in 2016 with a great graduation ceremony in St. Andrews, Scotland, and I was offered to do a PhD back in Perpignan.

I refused because of the approval of another European project (V.I.E.W. - contract number: 2015-3-IT03-KA205-006975) aimed to develop an innovative training program for visually impaired youth workers to be used in their interaction with other visually impaired young people or young people with fewer opportunities, combining and upgrading worldly recognized non-formal learning methods from Bulgaria, Germany and Italy, for which I was meant to work as coordinator for the leading organization in Palermo, Italy.
That was the beginning of a long way down that led me to frustration and almost to depression. I had to deal with a working system which is based on mistrust and illicit profits: the president and the logistic department of the organization I worked in made the project collapse, they refused to sign the partners contracts (after five months of running activities), they made me deal with persons who wanted to take advantages of the project funds, they did not fulfill their contract duties and responsibilities with me, I saw no salary and thus, I am still in an open legal action with them. I am not going into depth but I believed some situations were only possible in films or in novels. I truly wanted to make something better for my land, to help people and be part of the change but I had to face the reality that my land - at least those who are in charge of running it - do no want to change nor let me improve it.

I tried again and worked for other two organizations, the workplaces were nice and my colleagues were kind and willing to do something but Sicily is run by words and no facts, and I was spending all my days at home in front of a screen writing projects for people who would have misused my time, my work and my ideas.

Luckily, I was also trying to do as many other things as possible, even acting in theatre and in a web series. In fact, I am still coordinating the Italian partner of the CULPEER project (contract number VG-IN-NW-16-24-023076) funded under the Erasmus+ EU programme and based on the development of new cultural and peer-learning approaches for successful integration of disadvantaged youth and refugees at school level.

Though, my parents were pressing a lot and I knew I had to find a way out to my independence. I never imagined I had to do so but I started searching for a job, through websites, GaragErasmus, LinkedIn, UNICEF or UN. I was stressed and disappointed about myself, projecting this anger towards those who love me. And that is not me.

So I took the first chance I had to travel again and from August I have been doing an EVS experience in Denmark, at the Brenderup Højskole, a folk artistic high school founded on the concept of raising students’ creativity and consciousness of themselves.
I have rediscovered happiness and have been detoxifying myself from stress, screens, pollution and a society which educates people to be the same. It has been two months now and I abandoned many burdens in my head; besides my daily tasks in running the school as junior staff (supporting teachers, keeping the keys, organizational and logistic activities and so on) I have been learning bush crafting, working with clay, felting, and have even started to play the piano.

I have no idea what I will do in the future, maybe finding a job in Denmark or back in Italy, or even getting a visa and move to New Zealand to find a job there.
The only thing I know is that when you have the right self esteem it does not really matter what job you get because there is always a way for you to thrive and all the possible options and the potential lives you would be living are worth to be lived.
After all, success in life does not depend on what you work with but how you live in your environment and how fortunate you feel to be living your life. So, even if my professional story is far away from being successful I can proudly said that yes, indeed, in this life of mine my story is successful.